With funding from the LOR Foundation, the Questa Economic Development Fund, and Chevron Corporation, the project could serve as a model for other rural communities seeking innovative ways to revitalize and strengthen their economies without sacrificing what makes those communities unique.

Red River faces a shortage of affordable housing for the workers who support and maintain its tourist economy. Geographic constraints—including high mountains and National Forest lands—prevent the town from expanding outward. 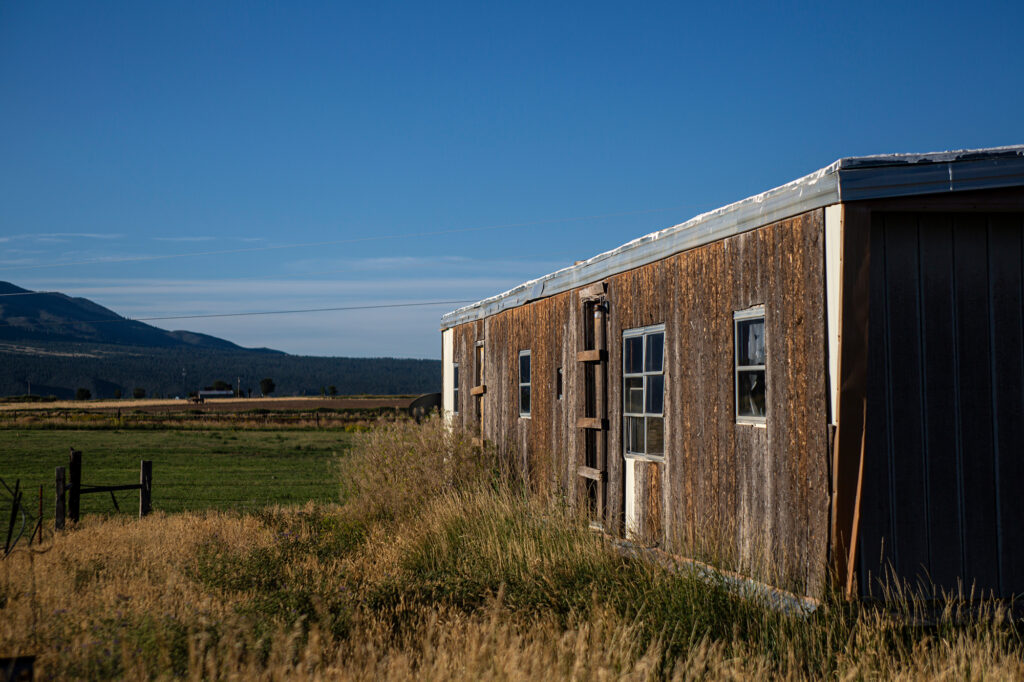 Just 12 miles away, the Village of Questa, population 1,755, faces a different set of challenges. Despite its stunning geography and easy access to world-class fishing and trails, Questa’s population has been declining for years. In 2014, the region’s largest employer, a molybdenum mine owned by the Chevron Corporation, shut down after 99 years of operation. Hundreds of Questeños departed abruptly in search of new jobs, leaving behind homesteads that had been in their families for generations. In some cases, says Mapes, the departures were so sudden that even today “dishes are still on the table.”

Mapes was hired as Questa’s economic development director in 2017. “I’m an entrepreneur at heart,” she says. “I love solving problems.”

Her solution to this particular problem? Help homeowners who’ve had to leave by fixing up their historic homes, then renting those homes to people in need of affordable, comfortable housing—including workers who have been priced out of nearby Red River and Taos. Expenses to cover the renovations will be pulled from a revolving loan fund, a model that allows the homeowners to repay the loan with rental income, and then in turn those funds allow for additional homes and families to participate in the program.

It’s a win-win all around—an economic development tool that will also preserve important cultural history. Helping to ease the neighboring housing crisis is an added benefit.

The Questa Lodging Project will keep many of the village’s aging homesteads in the hands of these “legacy” families while creating jobs, boosting gross receipts, and drawing newcomers to the community.

Officially founded in 1842, the village now known as Questa lies on what was once a popular hunting and travel route used for millennia by Archaic, Plains, Anasazi/Puebloan, Ute, and Apache peoples. Today, nearly 85 percent of Questeños identify as Hispanic; many of the local families are direct descendants of the Spanish and Mexican settlers who first arrived here in the 17th and 18th centuries. 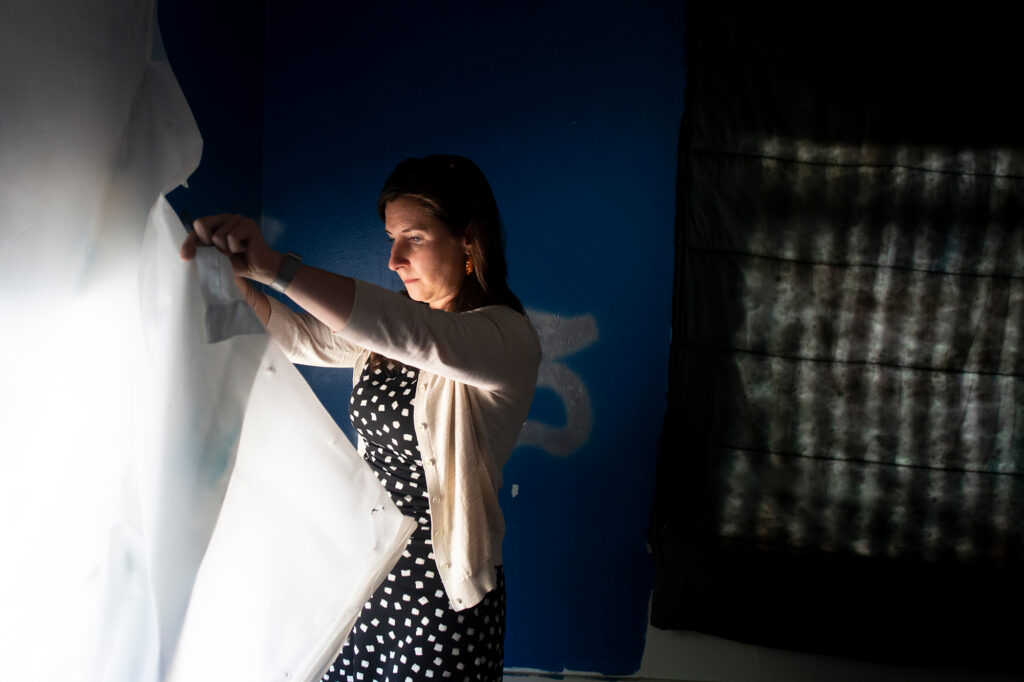 The Questa Lodging Project will keep many of the village’s aging homesteads in the hands of these “legacy” families while creating jobs, boosting gross receipts, and drawing newcomers to the community.

Mapes is acutely aware of the unintended consequences that can accompany a town’s well-meaning shift toward a tourism economy—including gentrification and an erosion of a community’s history and culture. She’s seen it in other New Mexico towns where she’s lived, and she witnessed it firsthand in her own Michigan hometown. Her goal with the Questa Lodging Project is to avoid those common pitfalls.

“If the housing is sold off,” she says, “the authentic culture starts to degrade. This way, the fabric of our community is maintained. The possible positive effects of this are far-reaching.” 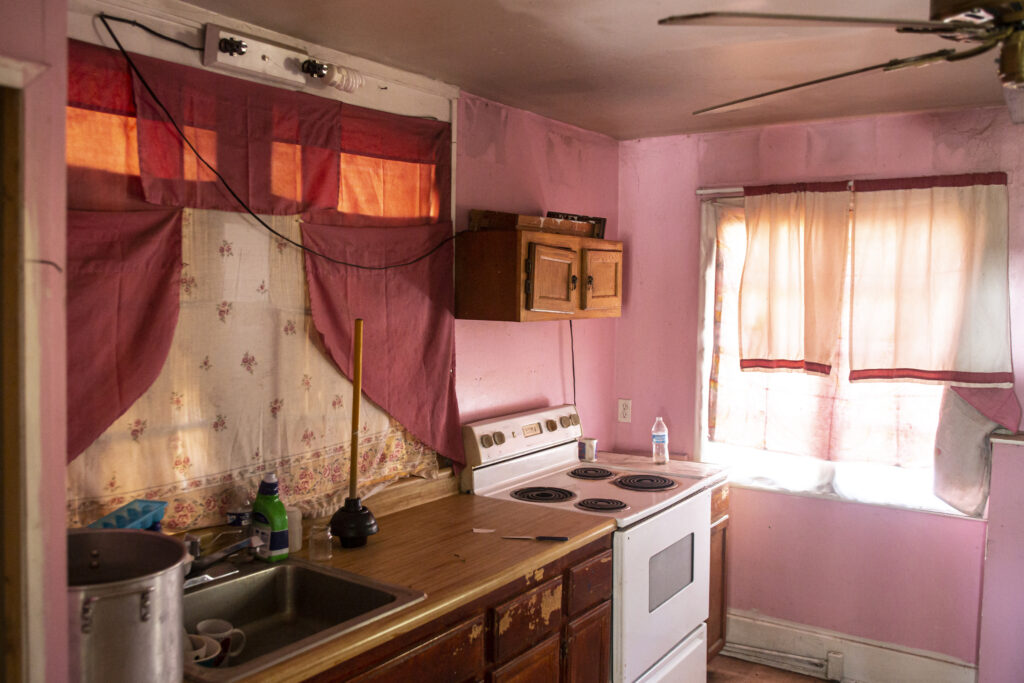 The kitchen of a home that has been abandoned for years. The home will soon be remodeled using grant money. Photo by Luna Anna Archey/High Country News.

Following a feasibility study, which was funded by the LOR Foundation, the San Antonio del Rio Colorado Historic Preservation identified four historic homes—and enthusiastic homeowners—to be part of the initial pilot project. The first of four homes in the pilot is underway and the remainder will be completed by the end of the year. If successful, there are at least 90 more homes that could qualify for renovation.

Excitement around the project is growing—among partner groups, local leaders, homeowners, and community members. Other towns have even reached out to learn how such a preservation and revitalization project might be adapted for their own communities.

LOR program officer Jake Caldwell, who has been involved from the project’s inception, is eager to see the Questa Lodging Project succeed. “This is such an innovative solution,” he says. “It addresses Questa’s specific needs particularly well. So many of these historic homesteads, which have been in the same family for generations, are a family’s primary asset. To support their continued ownership while also bringing in new money to local grocery stores, restaurants, and other businesses could do so much to preserve what makes this place unique. At the same time, it’s a model that could easily be tweaked to address similar problems in other small towns.”

Mapes is just as enthusiastic. She credits Caldwell and the LOR Foundation for their early support of what she knows is not a typical economic development project. “It’s a round peg in a square hole,” she says. “But it’s come together in a magical moment. There’s just so much this project could do for Questa’s future.”

To get involved in this work, contact Sonya Struck, LOR’s community officer in Taos.