After decades of use without major renovation, VFW Post 954 was showing its age. Here’s how its local leadership—with support from LOR—created a space that the entire Lander community can use.

The exterior of VFW Post 954 in Lander. Photo by Kasey Cordell.

Forrest Parker remembers his first visit to VFW Post 954 in Lander. It was 1969, and he’d just returned to his hometown after a tour in Vietnam. He went in looking for fellowship, but what he found there turned him off: The haze from cigarettes was so thick, he jokes, he thought he’d have to low-crawl through the common area just to stay below the smoke. He turned around.

Parker left the VFW and eventually Lander, too, returning decades later, after he retired from the Wyoming Army National Guard. He returned to Post 954, where he found new leadership at its helm—including Bob Keiser, a fellow Army veteran who spent time in Vietnam, and his wife, Janet Keiser. In 2016, Parker became the quartermaster, handling treasury duties for the post.

Over the past several years, those three—with Bob serving as commander and Janet, until recently, as president of the auxiliary (which is open to close members of foreign war veterans)—began thinking of ways to revive Post 954, boost membership, and transform the building into an event space the entire Lander community could use. While Lander does have some event spaces for small gatherings, they can be prohibitively expensive for some community members, with costs starting at more than $500 per gathering. 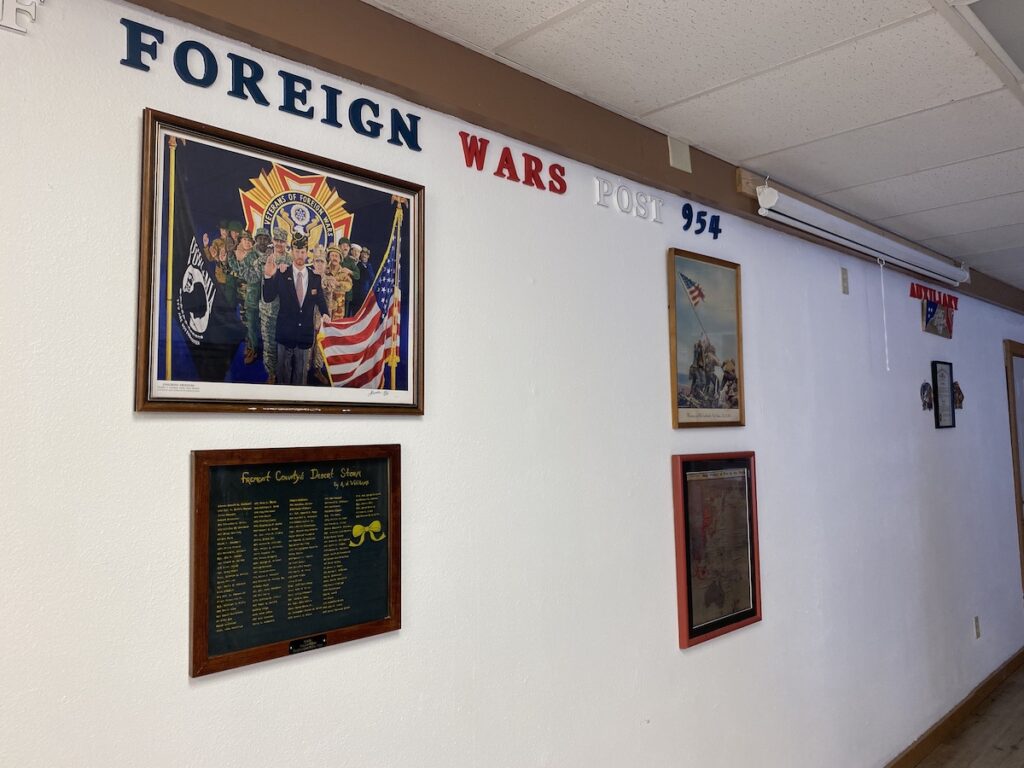 Parker and the Kesiers envisioned the renovated VFW as an affordable alternative for things like graduation parties, family reunions, and memorials, with a common space that could seat around 100 people—for a $100 donation plus a $50 deposit. For VFW members, the space would be free.

There were significant obstacles in the way of transforming Post 954, though. While smoking had been prohibited in the common area, that change had led to a dip in membership. And with fewer members paying fees, critical maintenance on the building had been long deferred. The roof was leaking, the windows were drafty, and the stench of cigarette smoke permeated the flooring and walls. From the outside, Post 954 didn’t look particularly inviting, either.

In 2018, Post 954 secured funding from Home Depot and a private foundation to begin a renovation, which included patching the roof, fixing doors, and creating a heated smokeateria attached to (but not within) the bar. Until this spring, though, the team wasn’t sure how they would afford the rest of the work. That’s when Janet Kesier saw a sign—literally.

Her grandson, a member of the Lander Valley High School swim team, helped install signs thanking healthcare professionals for their work amidst the pandemic. Janet learned the LOR Foundation had provided funding for them and reached out to Michelle Escudero, LOR’s Lander community officer, with the idea of transforming VFW Post 954. In March, the LOR Foundation provided nearly $13,000 for a new floor (the old tile was torn up and replaced with wood paneling) and a facelift to the building’s exterior (a local artist, Beth McKinney, will begin painting the first of three murals this fall). 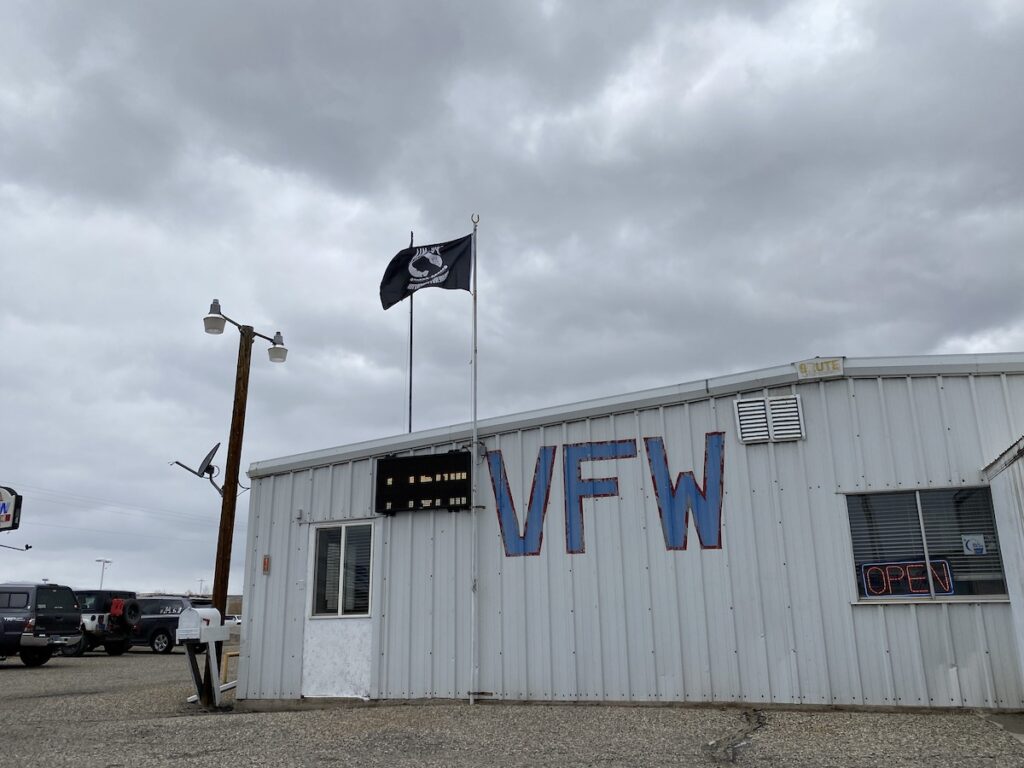 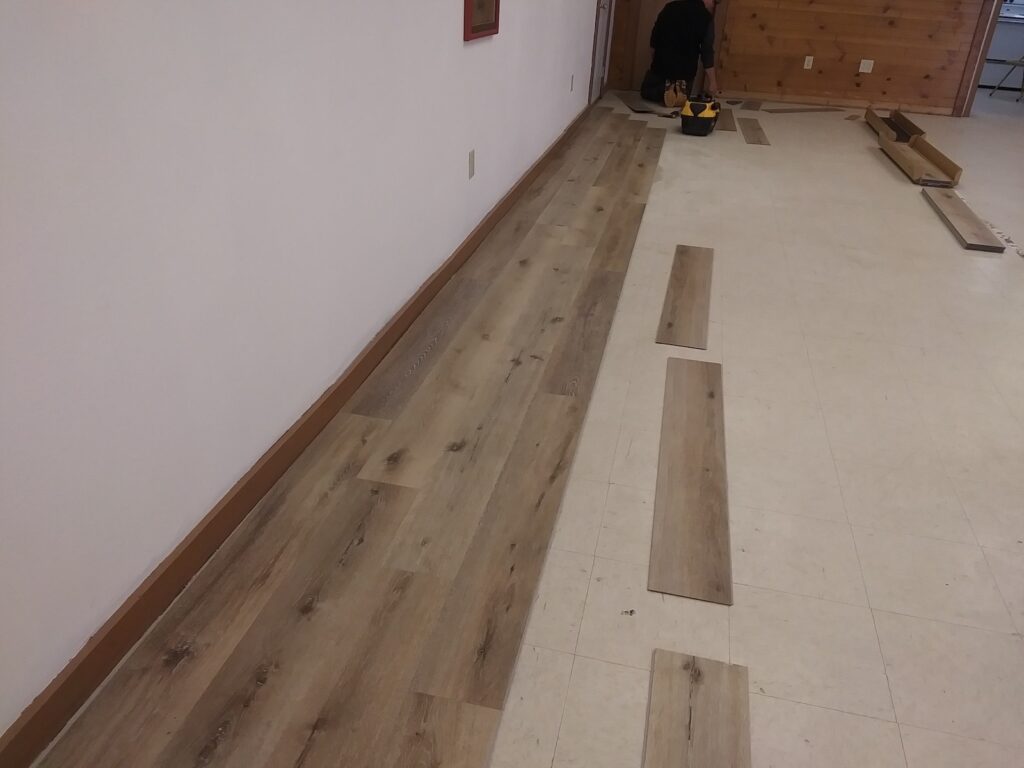 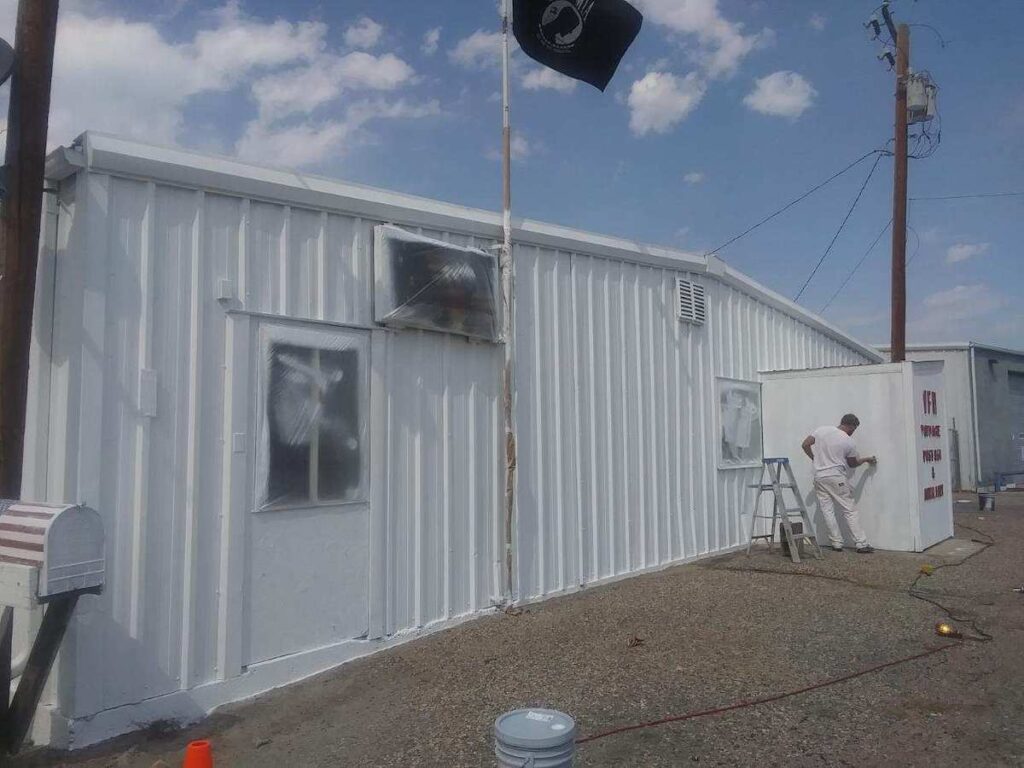 The exterior of the VFW was power washed and repainted white while it awaits murals; the tile was torn out and replaced with wood flooring. Photos courtesy of VFW Post 954.

“It looks totally like a new building,” Janet says. “As soon as we replaced the flooring, the smoke smell disappeared.”

With a revamped interior that also features new TVs, a projector, and a warming kitchen, the space is poised to become the community asset the VFW team set out to build. They were already spreading the word at this summer’s Lander Community Pig Roast, which they helped sponsor and which brought 1,800 people to City Park.

Escudero is excited to watch the VFW expand its reach in Lander. “These renovations reflect the tenacity of community members who did not stop searching for a solution,” she says. “They’re determined to find ways to bring the community together.”

In some cases that community is the veteran community itself. Post 954 is working to attract more members—especially younger members—by offering services like movie nights for families and strong wifi connection for people who don’t have broadband access at home. Already, the post has grown to 115 members (plus an additional 75 auxiliary members, with new applications coming in), up from about 90 prior to renovations. Local veterans and family members interested in joining Post 954 can complete a membership eligibility form or auxiliary application, or stop by (11 Tweed Lane) and fill out a paper application.

As renovations near completion and Post 954 leadership looks to the future, there is hope that veterans and community members who previously passed by—like Parker did more than 50 years ago—will return and use the space to mark important moments in their own lives.

If you or someone you know is looking for space for an upcoming event, contact Bob Keiser at VFW Post 954.

Nearly a quarter century after it first opened, the Lewis-Arriola Community Center needed a little love to remain an essential community asset. With a little help from the LOR and others, the volunteer-run gathering space is ready for the next generation of celebrants. Read more

To fill a summer activities gap created by COVID-19 and budget cuts, nearly two dozen members of the Lander community are leading summer workshops and camps for area residents, thanks to a little boost from LOR. Read more