Nearly a quarter century after it first opened, the Lewis-Arriola Community Center needed a little love to remain an essential community asset. With a little help from the LOR and others, the volunteer-run gathering space is ready for the next generation of celebrants.

Some people refer to Chan Chaffin as the unofficial mayor of Arriola, a small neighborhood on the northern edge of Cortez—and for good reason. The 78-year-old has been a part of seemingly everything that’s happened in Arriola over the past 40 years. In the early ’80s, he helped establish a volunteer fire department where he went on to serve for 21 years. He opened a feed store during those years, too. And in the late ’90s, as those ventures were winding down, he had another ambitious idea: Build a community center where residents could host important gatherings like weddings, funerals, and fundraisers—something folks in that part of town had been lacking.

He’d been keeping his eye on a five-acre parcel of land that had once been used by a local men’s baseball club. But by then, the last strikes had been called and weeds had reclaimed the field. “It was just the land and an old backstop made out of pipe and chicken wire,” Chaffin says. It was the perfect place for a community center.

In 1998, Chaffin began planning for what became the Lewis-Arriola Community Center. The fire department, which owned the land and liked the idea, sold it to him for a dollar. He formed a 501(c)3 organization, created a board of directors, and raised money for construction with yard sales, raffles, and grants. Before long, he and his volunteer team had what they needed to start building; before the community center was even finished, one young woman asked to host her wedding there.

Over the past 23 years, the Lewis-Arriola Community Center has seen many more weddings and countless other events and celebrations. It’s one of the few facilities in Cortez that can host more than 300 people and is relatively affordable, so it’s stayed busy—hosting three or four events every week without having to advertise much (a full-day rental is $225; less than six hours is $125).

While the LACC guestlist and facility grew over the years—a pavilion and little league baseball facility were built over time—the community center eventually began to show its age. The walls were marred with tiny holes from hundreds of thumb-tacked flyers; the floor was scuffed and worn from thousands of dancing shoes. The community center, which was established by volunteers and for two decades has been a resource for thousands of people in Cortez, needed a little help to remain a beloved community asset.

Kara Linch, board president of the LACC, reached out to Nicci Crowley, LOR’s Cortez community officer in July 2021 to see if LOR could support the community center’s evolution. “We saw an opportunity to help revitalize a vital community asset,” Crowley says. “The Lewis-Arriola Community Center is a uniquely community-led gathering space and plays such an important role in bringing people together. Supporting this work keeps that vision alive.”

With a $16,300 grant from LOR, the LACC began its first stage of renovations in January 2022, which primarily included repairing cracks in the drywall and repainting the building’s interior. LOR’s support (in addition to that of other funders) also helped to strip the floors and replace and refinish the tile and replace all the carpet. “All that work sure made the center look nice,” Chaffin says.

These much-needed renovations happened before LACC’s annual chili fundraiser in February, which brought in more than $40,000 from the community and will help them fund the next stage of their renovation—which will focus on an outdoor playground, other exterior amenities, as well as the creation of a new website with an online booking system.

Amidst these updates, there’s also a bittersweet change happening at the LACC. In December 2021, Chaffin announced that he was stepping back from his leadership role to focus on his health and, at least to some extent, retire. “It was a hard decision,” he says. “But I love my community and I’m proud of what we’ve accomplished with the community center.”

To host an event, make a donation, or learn more about the Lewis-Arriola Community Center, visit them online. 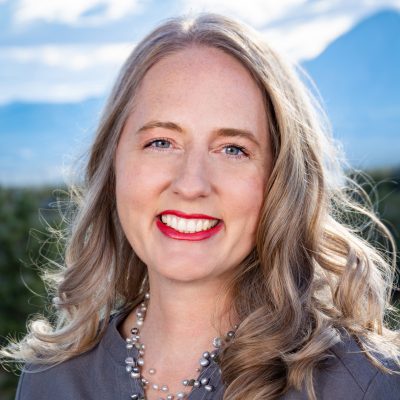 After decades of use without major renovation, VFW Post 954 was showing its age. Here’s how its local leadership—with support from LOR—created a space that the entire Lander community can use. Read more

To fill a summer activities gap created by COVID-19 and budget cuts, nearly two dozen members of the Lander community are leading summer workshops and camps for area residents, thanks to a little boost from LOR. Read more