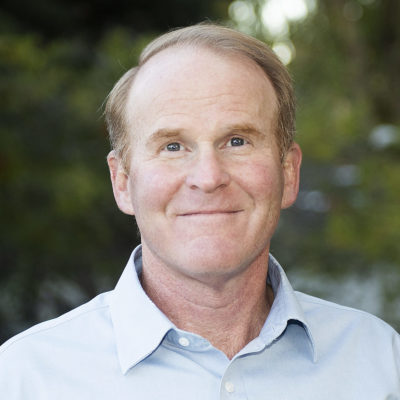 Equal parts adventurer and seasoned nonprofit leader, Gary Wilmot brings direct experience and a true affinity for rural communities to his role at LOR. As executive director, Gary is working to accelerate promising solutions from the region and ensure the rural voices from the Mountain West influence a national dialogue.

He spent 20 years as an educator and program manager at NOLS, most recently serving as the school’s development and alumni director and member of its executive management team. In recent years, Gary also led the Wyoming Outdoor Council as executive director and co-chaired Wyoming Governor Matt Mead’s Outdoor Recreation Task Force, which aimed to expand and diversify the state’s economy. Little known fact: Gary’s early career included working as a police officer for the City of Flagstaff, Arizona.

Gary is a graduate of James Madison University with a B.S. in geology. He is an avid marathoner, triathlete, and accomplished mountaineer. Recreation is what attracted Gary to the small-town West, but the sense of community is what kept him in the region. He lives on the east slope of the Wind River Mountains in Lander, Wyoming, with his wife and two daughters.

Gary was drawn to LOR’s listen-first approach to working in the Mountain West. LOR starts from a position of deep local engagement that people expect in small communities. That approach and LOR’s commitment to authentic, community-driven work is a shared-vision that he’s excited to support.

My Kind of Livable

My kind of livable is the biggest of big backyards—a National Forest.